Where Their Love Began

Let us travel back to the year 2013 when they first met in college. Olivia was assigned lightning designer to Liv’s dance piece because their professor thought it was funny to pair them because they share the same name. Little did their professor know they were playing matchmaker! Olivia had developed a crush during this time, but Liv was seeing someone else. Nothing stands between what is meant to be! As destiny would have it, Liv was single by the end of the year, and they shared their first kiss on New Year 2014. They knew early on they had found their person.

An anniversary session is a great way to document your life after your wedding day. Olivia and Liv did just that with their session! After 5 years of marriage, their relationship is growing stronger and filled with consistent happy kind of love.

First, we made our way 30 miles outside of Austin, Texas to 13 Acre Retreat for Olivia and Liv’s anniversary session. For the session, they brought two different outfit vibes, casual and fancy. For their casual vibe, we took some cozy in-home photos in the Airbnb cabin they rented for the day. Next, we used the beautiful hill country views as the backdrop as they cuddled up on a hammock! Afterward, we took a short hike around the area as Olivia and Liv strolled madly in love.

Next, they changed into their fancy wear before the sunset. I love incorporating activities my clients love to do together in their sessions. For example, Olivia and Liv’s first date included cheese and meat charcuterie with wine. As a result, we included a picnic in their session that resembled their first date together. Lastly, we headed back to the rented cabin where Olivia read a love note Liv had written for her. I always encourage my couples to include their love language in a session to make the experience extra special.

Overall, it was a perfect day, and I was so honored to be able to photograph their 5 year anniversary. They wanted to commemorate their love with some more recent couple photos that show them in their fullness. “Queer – Resilient – So Damn Proud,” as said best by Liv.

If you and your partner are wanting to document an anniversary milestone, fill out my CONTACT FORM! I cannot wait to plan your special session. 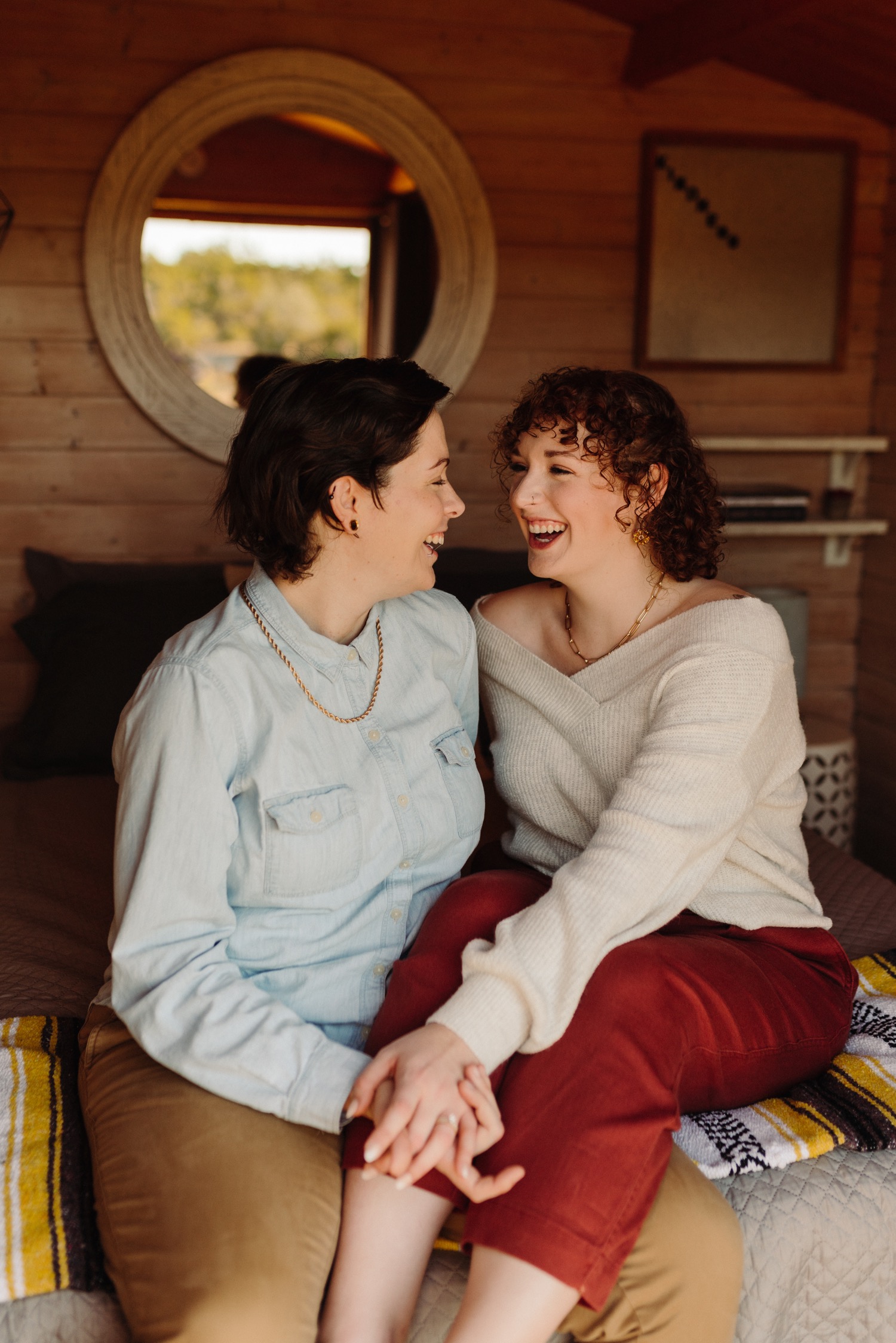